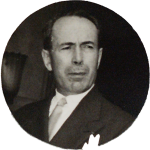 Entrepreneur, Prime Minister of France from 1952 to 1953 and Minister for Foreign Affairs between 1955 and 1956, he was one of the supporters and signatories of the European Defence Community. A pragmatic supporter of European integration, he represented France at the Messina Conference.